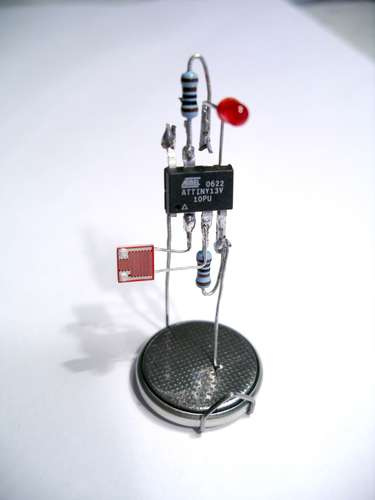 Inspired by various LED Throwies, blinking LEDs and similar instructables you ant to do version of an LED controlled by a microcontroller,The idea is to make the LED blinking sequence reprogrammable. This reprogramming can be done with light and shadow, e.g. you could use your flashlight
An LED is used as output. As input used an LDR, a light dependent resistor. This LDR changes its resistor as it receives more or less light. The resistor is then used as analog input to the microprocessors ADC (analog digital converter)