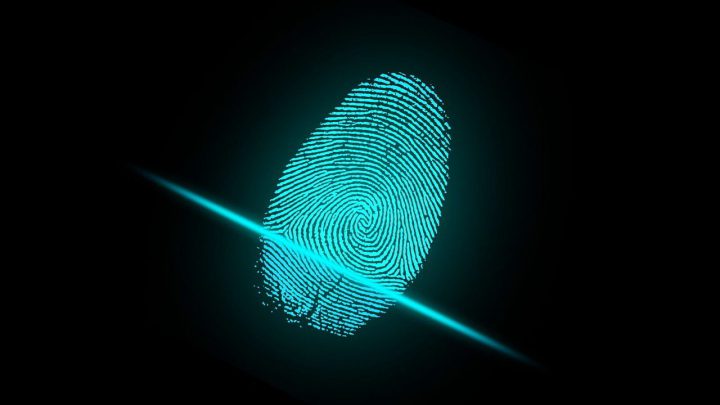 In this tutorial, we will learn about what is Biometrics, classification of biometrics as physical and behavioral, the use of Biometrics in authentication and verification, what are the different types of Biometric Sensors and its working.

The Biometrics Technology, once primarily used by law enforcement, is increasingly being used by the government as well as private entities in order to verify a person’s identity. Biometrics is a method of recognizing or verifying a person’s identity based on physical or behavioral characteristics.

Every human being possesses certain unique features in terms of both physiological and behavioral characteristics that are different from everybody else. The first thing that comes to our mind when speaking of unique features is the fingerprint. But there are also several other features like DNA, retinal structure, vein pattern, etc.

Both these sets of characteristics are used to identify an individual and the science behind this is known as Biometrics.

Why Biometrics are used?

Passwords, PINs, Smart Keys, Smart Cards, etc. are generally used to authenticate people and allow them access to both physical as well as digital domains. But the problems with this type of authentication is that passwords and PINs can be easily forgotten (or hard to remember) or can be stolen; smart keys and tokens can be easily misplaced, duplicated or forgotten; smart cards with magnetic strips can be easily corrupted.

But a person’s biometrics or biological traits cannot be stolen, forgotten or misplaced and hence they provide a much better, secure and reliable way to authenticate an individual when compared to the traditional methods.

Some of the commonly used Biometrics are fingerprints, iris, face, the geometry of hand, speech, gait, signature, and keystroke.

A Biometric Sensor is a device (or a transducer, to be specific) that converts the biometric trait of an individual into electrical signals. Biometric Sensors are usually semiconductor devices that process images from an individual’s physical characteristics using complex algorithms.

Many physical characteristics of a person like a face, iris, fingerprints, etc. are scanned by a Biometric Sensor and are converted to a digital image using an Analog – to – Digital Converter.

This digital information of the person is stored in a memory and is used to verify or authenticate his/her identity.

We have seen about sensors and Different Types of Sensors in previous tutorials. Biometric Sensors are becoming increasingly important and useful as they are more effective, accurate and provide more security.

Most modern smartphones (at the time of writing this tutorial) include at least a Fingerprint Sensor to authenticate the user while some high-end phones provide additional Biometric Sensors like Iris Scanners and Facial Recognition Technology.

Overview of a Biometric System

Before taking a look as the different types of Biometric Sensor, let us briefly understand how a simple Biometric System operates.

There are two types of Biometric operations that can be performed using the images captured by Biometric Sensors. They are:

In Identification mode, a Biometric System identifies a person from the pool of enrolled personnel by searching the database and based on a match for biometrics. This mode answers the “Who am I?” question about a person.

I verification mode, the Biometric System verifies the person’s identity based on the previously enrolled biometrics. In this mode, the “Am I whom I claim to be?” question about an individual is answered.

Irrespective of the mode, the operation of a typical Biometric System can be divided into three components. They are:

The first stage is called Enrollment. In this stage, a Biometric Sensor is used to capture the image of a Biometric trait like face, iris or fingerprint. The captured image is processed for feature extraction using complex mathematical algorithms and is enrolled in the system.

The second stage of the system is testing the enrolled image with already existing ones in the database and determine if a match occurs or not.

The final stage is the decision-making stage, where a conclusion is made whether the individual is genuine or not.

As already mentioned earlier, there are many types of Biometrics and corresponding Biometric Sensors used today like Fingerprint, Face. Iris, Speech, Hand Geometry, signature verification etc. There are many more type of Biometric Technologies that are bound to be used in the future like DNA, Hologram, Earlobe, Gait etc.


Let us take a look at some of the commonly used Biometrics and Biometric Sensors.

Perhaps the most commonly used and most popular form of Biometrics is the fingerprints and fingerprint sensors. Fingerprints are one of the oldest biometrics to be used and they are easy to capture and verify.

Fingerprints based identification and verification requires several features of the fingerprint patterns like the ridges and valleys of a fingerprint, for example.

The device that is used to capture the digital image of a fingerprint pattern is known as Fingerprint Sensor. The captured image, which is known as a live image, is processed to create a digital template with extracted features. This template is stored in the database for matching.

Based on the technology used to capture the fingerprint images, fingerprint sensors are further classified into different kinds.

But the main use of face recognition is the identification of a person by facial image using a Facial Biometric Sensor. After capturing a facial image, using either a normal camera for visible light capture or IR camera for heat patterns, the image is processed and extracted for facial biometrics.

Some high-end smartphones use a combination of an infrared camera, infrared light, and light projector to capture the image of the face.

The iris of the eye, which is the colored region around the pupil, is also a unique feature of a person. To be specific, the iris pattern of the eye is unique from person to person. Hence, iris-based identification and verification are one of the commonly used biometrics.

An Iris Scanner is the device that is used for capturing iris patterns in a video-based image acquisition process.

Since the analog days, the concept of speech recognition is being used for identification. The acoustics of the speech of a person is unique to an individual and this feature is sometimes used to identify a person.

Speech Recognition uses both the physical and behavioral characteristics of speech like shape and size of throat and mouth (physical) and voice pitch and speaking style (behavioral).

One of the main problems of speech recognition technology is the presence of ambient noise either during enrollment or during identification.

Hand Recognition is one of the well-established methods for identifying and verifying a person. A person’s physical characteristics like length, thickness and surface area of either entire hand or individual fingers is measured.

This method comes under the behavioral characteristics of an individual. A dynamic analysis of a person’s signature is used to verify a person. Several factors like speed, pressure, and angle are used while analyzing the signature.

Advantages of Biometrics and Biometric Sensors

Establishing the identity of an individual is very critical in numerous applications. Questions like “Is the person really who they claim to be?” or “Is the person authorized to accesses this facility?” often arise at various scenarios.

Hence, a reliable and secure way of authenticating a user’s identity is of utmost importance. The use of Biometrics, Biometric Sensors and Biometric Systems for identifying an individual have some unique advantages.

Passwords, PINs, Cards, Keys, Tokens, etc. all have few drawbacks like they can be forgotten, lost, shared (intentionally or unintentionally), damaged, etc.

Biometrics provide a single, unique solution to all the above-mentioned problems.

NOTE: There is no such thing as a single perfect biometric that is suitable for all your needs. Each system has its own advantages and disadvantages.