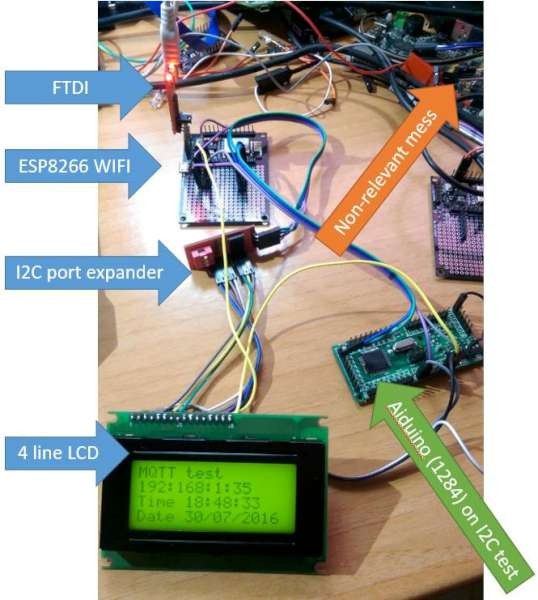 Success with I2c – once I realised there was something up at the Arduino end which I could work around, my ESP8266 I2c endeavours have been coming on in leaps and bounds!
And here is my test rig – or one of them – I have one for I2c display and another for parallel display – the latter is just as messy and has more wires
So what you’re looking at there from top to bottom – is a prototyping ESP8266 board (the author will recognise it) just because I had it handy – ESP-12 based, running my rapidly developing software (which now has loads of spare RAM thanks to the SDK 2.0). I put a simple set of i2c commands in there then promptly realised that a series of commands sent by MQTT would not be a lot of use. I then proceeded to waste the day, having already talked successfully to an 8-bit port expander, trying to get one of those back-of-an-LCD I2C boards to work – as it was based on the same chip.