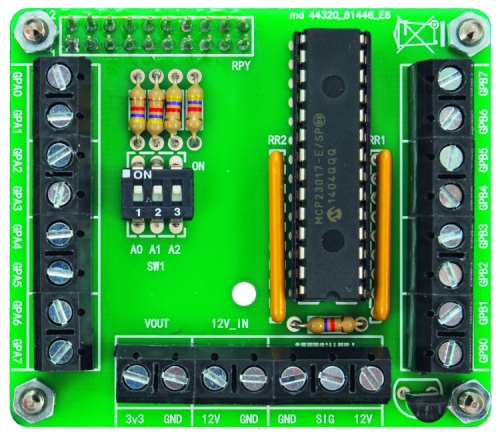 We will rebuild a BarTop arcade coin-op machine to rediscover the charm of the 90s: just a Raspberry Pi, one shield described here, a LCD screen and a few buttons.

What is an Arcade game? Probably you heard or read this term many times, but if you aren’t at least 35-40 years old, you may not know the meaning. An arcade game machine or simply arcade game, is a microprocessor based game rack, put in a public area, physically constituted by an electronic board (and later by personal computers) in a wood or plastic and metal cabin. These machines are also called coin-op, short for coin-operated (because you had to insert coins to play).

The arcade games reached their greatest splendor, both in quality and popularity, from the late seventies to the late eighties. The most successful titles who have written the history of video games are Space Invaders (released in 1979), Pac-Man (1980), Donkey Kong (1981), Burger Time (1982) followed by many, many others.

The first racks were produced specifically for the “hosted” game but that choice proved soon to be too expensive, because it was difficult to adapt the cabined to the players fast changing needs; that’s why a new generation of devices was build, hosting the Jamma standard connector (Japan Amusement Machinery Manufacturers Association, a Japanese association that collected the main arcade video games manufacturers).

When the coin-op arcade game fashion went over, a lot of devotees have tried to grasp a sample and restore it to show it in the tavern or in their own room, like a hunting trophy; those who could not find an exemplar, looked for an alternative and we are sure they will appreciate this revival we are proposing, that takes advantage of the wide availability of a powerful but affordable embedded computing board like Raspberry Pi. Just one interface shield with buttons, joystick and coin holder to recreate a bartop cabinet: we give you the electronics scheme and few suggestions to build the box; you have to add your fantasy!

The software used is based on the most popular Arcade emulators that have been existing already for over 10 years in the PC world: Mame is one example, but there are many other very valid….