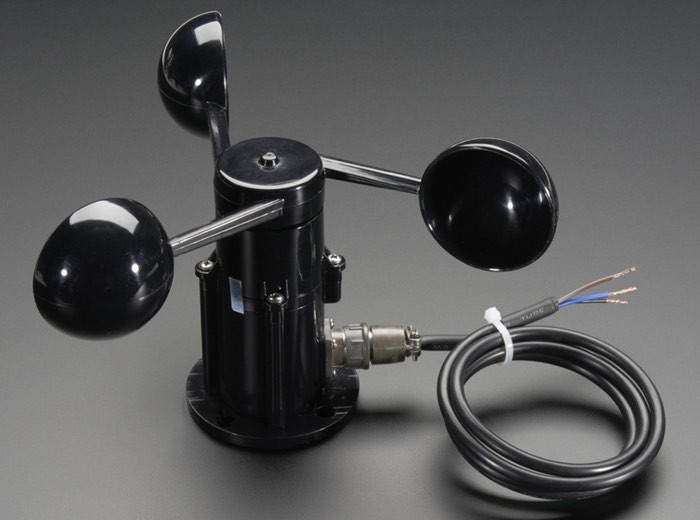 The first stage of this project was to create the basic Arduino wind speed monitor to check that the parts functioned as required and write the code. A quick look online revealed that a number of wind speed meters or anemometers were available to purchase, ranging in price from just a few dollars up to over $200. I initially opted for the budget end of the scale and purchased a Maplin Anemometer (pictured above) which is sold as a replacement part for the Maplin weather station in the UK and is available to purchase price at around £3. After receipt of the Maplin Anemometer it soon became obvious that you get what you pay for, and the quality of the anemometer would not have lasted long in the conditions in our coastal location. Finally after some more research I opted for a much more robust anemometer from the Adafruit website (product ref: 1733 pictured below) which cost around $45 or £39 and provides a rugged wind speed meter anemometer that has been designed for outside use and easily allows you to measure wind speed using a wide variety of different mini PCs and micro-controllers.

The Adafruit anemometer is supplied with a length of 3 core cable and three connections. A black wire to power and signal ground, a brown wire for power which can be anything from 7-24v DC depending on your needs and availability, and a third blue wire that provides measurements via analog voltage. The Adafruit anemometer is capable of measuring wind speeds up to 70 m/s or 156mph which should be adequate for our location and if the speeds ever get that high will probably blow our house down before the anemometer breaks.


For the micro-controller part of the project I used an old Arduino Uno development board that had been collecting dust in a drawer and combined it with a £2.50 16×2 LCD screen I had previously purchased via eBay for a readout. 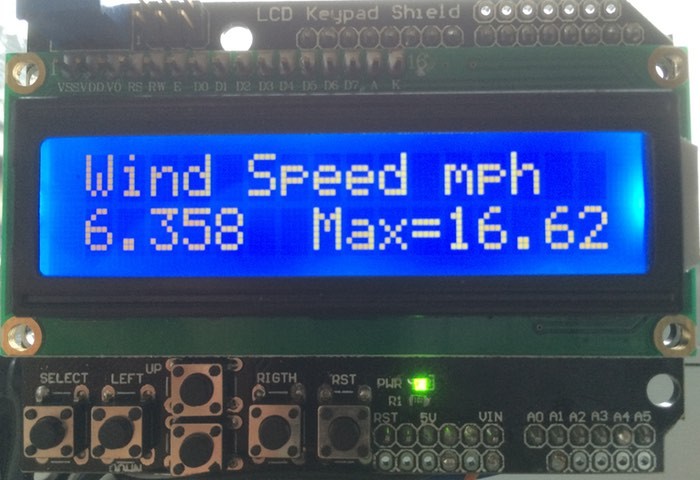