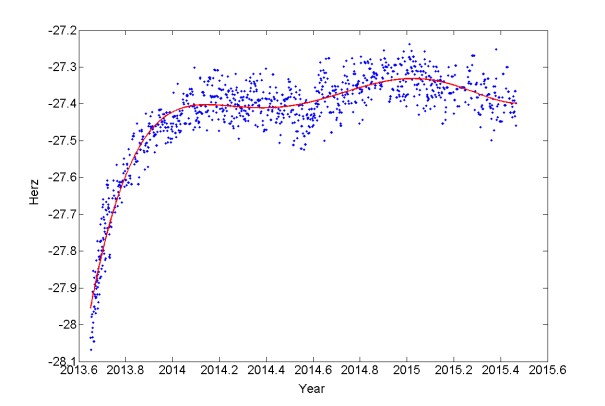 E. Schrama @ ejo60.wordpress.com uses an Arduino and a DCF77 time signal receiver to test the stability of an ovenized crystal oscillator running at 1 MHz.

In this experiment I will use an Arduino and a DCF77 time signal radio receiver to measure the stability of an ovenized crystal oscillator running at 1 MHz. It demonstrates that 50ppb (or 50 milliHerz) can be achieved on the short term, whereby an aging effect of 0.1 ppb per day is demonstrated with a 18 month long dataset. The output of the 1MHz oscillator is fed into a 248 counter and six 74HC165 parallel in, serial out (piso) conversion ICs that are controlled by an ATMEGA 2560, the circuit is described here. With this setup running at 1 MHz you get a rollover every 10 years, the resolution is 1 microsecond. In principle you could do this also with an Arduino but I decided for this set-up since I already had most of the components left over from an earlier experiment. 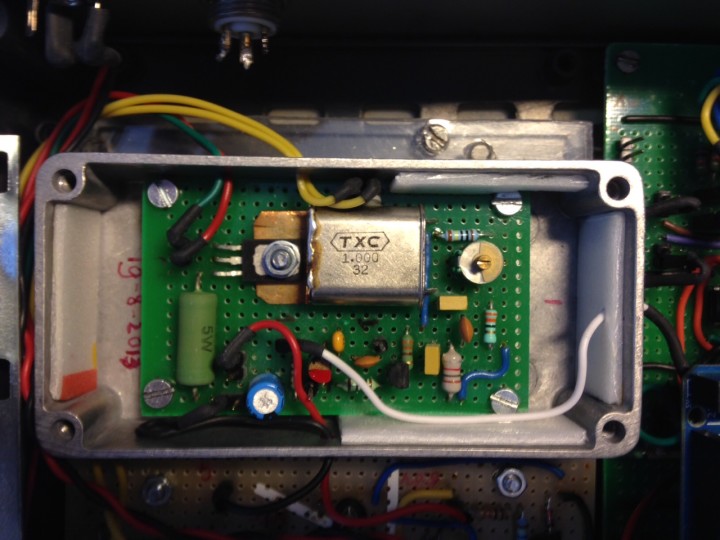