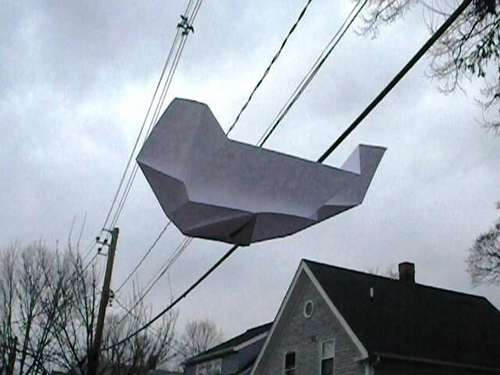 The paper airplane walkalong glider is now ready for a flight test. Launch the plane at a slight nose down atittude on a down angled trajectory. If the plane flies straight it is ready for walkalong gliding. To correct a turning tendency, gently pull out the outer fin on the side of the turning tendency. This increases lift by increasing the angle of attack on the wingtip, making the plane tend to turn in the opposite direction. In the following video a paper airplane walkalong glider is turning to the right. The plane is then adjusted, folding in the left fin and pulling out the right fin so the next flight flies straight.