Laptop is dead – How to troubleshoot the problem 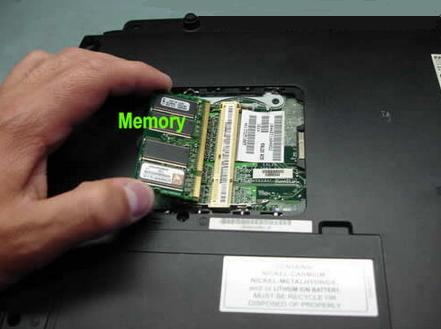 When you plug in the power adapter and press on the power button, there is no signs of life at all. The laptop will not make usual noises, LEDs will not light up, the fan will not spin, the screen is blank and black, etc… In short, the laptop is dead.
What you can do in this case?

1. Make sure the wall outlet is working and the laptop DC adapter is getting power from the outlet. Try another wall outlet.

3. Let’s say the DC adapter is fine and the adapter outputs correct voltage. In this case unplug the power adapter from the laptop, remove the battery, wait for 1-2 minutes, plug in the adapter and try turning on the laptop again.

OK, you tested the adapter and it’s bad. If you decide to replace the original DC adapter with a generic one, you’ll have to follow this rule:

The voltage output on your new adapter has to be exactly the same as on the original adapter. The amperage on the new adapter could be the same or higher.

Example 2. When you plug the DC power adapter and press on the power button, the laptop starts making normal noises, the LEDs work properly but noting appears on the screen. The laptop will not start.


First of all, take a closer look at the LCD screen. Look at the screen under bright light. It’s possible that the image is still on the screen but it’s very faint. If that’s the case, check out these tips for troubleshooting laptop with backlight failure.

Let’s say the external monitor works fine but the internal LCD screen has no image at all. If that’s the case, your problem could be related to the LCD screen or the video cable. Also, make sure the video cable makes good connection with the motherboard and the LCD screen. Try reconnecting, reseating the cable.

In my case, both internal and external monitors were absolutely dead. Neither of them had image. That means the problem is not related to the LCD screen or the video cable. From my experience I know that this problem could be related to the laptop memory.

In my case reseating, swapping the memory module didn’t help. I was pretty confident that my problem is not memory related and I moved on.