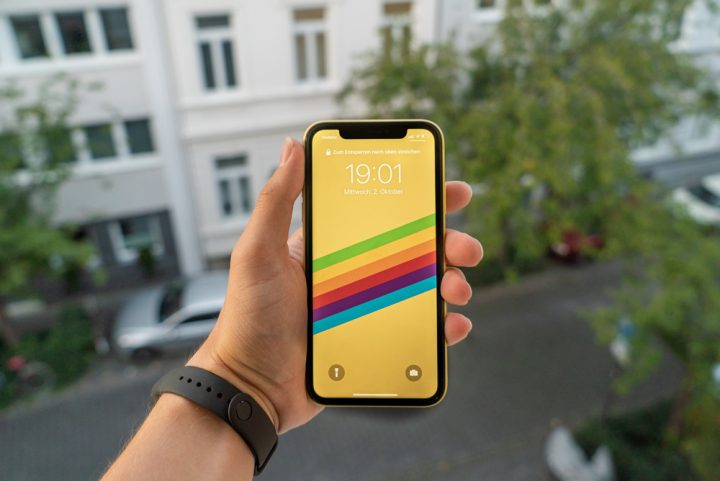 What is OLED technology?

OLED is a prevalent LED display technology which stands for Organic Light Emitting Diode. The reason behind this nomenclature is the presence of the electroluminescent layer of an organic compound within the LED which emits light when current is applied to it. OLED based display screen is very widely used in televisions, computer monitors, smartphones, gaming consoles and smart wearable devices.

Below is a video that explains briefly what OLED is.

OLED is basically an emissive technology which does not require any backlighting. When compared to LCD displays, OLED offers following advantages:

Black level: The ability of a display panel to produce deep black colors is directly correlated with the image quality of that panel. Deeper black shades result into higher contrast and richer colors. OLEDs are far superior in this respect when compared to other LED display technologies. Hence, the picture quality of OLED is also superior to the other LED panels.

Brightness: Another important factor in display panels is the brightness. Although OLED panels can have reasonable brightness levels but LEDs are superior to them in this arena. The addition of Quantum Dots to the LEDs allows them to achieve brightness levels which are not possible for OLEDs.

Response time: The responsiveness of the display panel deeply affects the performance and quality of that panel. It refers to the time which a pixel takes to alter its state. The response rates of the OLED panels are incredibly fast because they combine light source and coloring in the same diode. The traditional LED panels use LEDs for backlighting and LCD shutter for color production which results in slower response rates. OLEDs have the fastest response times as compared to all the other technologies.

The first-ever OLED device was developed by Ching W. Tang and Steven Van Slyke at Eastman Kodak in 1987. This rudimentary device consisted of a two-channel structure with a separate hole and electron transporting layers. The recombination of these electrons and holes happened in the middle organic layer which resulted into light emission. This device demonstrated low operating voltage and improved efficiency as compared to conventional LEDs.

The breakthrough research in this area was carried out by J. H. Burroughs at Cavendish Laboratory in 1990. He developed a green-colored polymer-based light-emitting device using 100nm polymer films.

The world’s first-ever active-matrix full-color OLED display was introduced in 1999 by Kodak and Sanyo. In 1997, Pioneer Corporation started manufacturing small molecule OLEDs. Samsung-NEC started OLED panel production around 2002 and later on became the largest manufacturer of OLED panels. The XEL-1 was the first OLED television introduced in 2007 by SONY Corporation.

The OLED is basically a P-N structure with a cathode and an anode. The carbon-based layer of organic material is sandwiched between the cathode and anode which emits light when voltage is applied to it. The device consists of separate electron and holes transport layers such that the recombination happens in the middle organic layer. The modern OLED devices include additional layers in order to increase efficiency, durability and reliability.

The OLED panel is constructed from a substrate, backplane, front-plane, and encapsulation layers. The backplane layer consists of electronics and drivers and is similar to that of LCD panels. The front-plane layer consists of organic materials and electrodes. The modern OLED panels use vacuum evaporation and shadow masking for the deposition and patterning of organic layers. The encapsulation layer is of extreme importance because the OLEDs are very sensitive to oxygen and moisture.

On the basis of the driving technology, there are two main types of OLED which are AMOLED and PMOLED.PMOLED (Passive Matrix OLED) consists of a structure in which cathode strips are placed perpendicularly to the anode strips. The intersections of these strips are the pixels where light is produced. Power is supplied to these strips using external circuitry. The brightness of the pixels depends on the amount of current applied. PMOLEDs are easy to manufacture but they are less power efficient as compared to AMOLEDs. They are mainly used in applications with smaller screens such as media players, smartphones and PDAs.


AMOLEDs consist of full layers of anode and cathode. However, there exists an array of TFT (Thin Film Transistor) between the anode and cathode which forms the matrix. This TFT array serves as the driver circuit which turns the pixels on or off. AMOLEDs are more power-efficient than PMOLEDs because TFT layer consumer less power. AMOLEDs are more suitable for applications with larger screens such as monitors, televisions, billboards and tablets.

There are different types of materials which are used in the construction of OLED panels. The classification of OLEDs on the basis of these materials is laid out as following:

The small molecule OLEDs were the first type which of OLEDs which was produced at Eastman Kodak. The commonly used molecules include organometallic chelates, phosphorescent dyes and conjugated dendrimers. The production of small molecule OLEDs includes vacuum thermal evaporation process which makes the production process costlier and complex. The research in this arena is geared towards the creation of molecular components which will serve as the building blocks for molecular computers.

The structure of polymer-based OLEDs consists of electroluminescent polymer materials that emit light when subjected to voltage. They are widely employed in thin-film full-spectrum color displays. They are generally more power-efficient than the small molecule OLEDs. The big advantage of these materials is that no vacuum thermal evaporation is required and material can be deposited on the substrate using a process similar to inkjet printing. The commonly used polymer materials include p-phenyl vinylene and polyfluorene.

The organic phosphorescent materials used in the OLEDs use the phenomena of electrophosphorescence to convert electrical energy into luminous energy. The main advantage of these OLEDs is high brightness.

Right now OLED technology is the cutting edge technology which at the forefront of consumer electronics market. The numerous advantages of OLED make it superior to the conventional LCD panels. However, like all other technologies, OLED technology has its disadvantages and shortcomings as well. The major disadvantages include lifespan, color balance, outdoor performance and moisture sensitivity.

The limited lifespan of the organic materials is a major shortcoming of OLEDs. It is found that significant color degradation happens after around 1000 hrs of use. The degradation rate is the highest for the blue LEDs. Hence, the overall lifespan of OLEDs is lesser than the LCDs. The ingress of oxygen and moisture in the organic material causes the formation of dark spots.

As mentioned earlier, the color degradation happens quite fast for the blue OLEDs as compared to OLEDs of other colors. This degradation results into color off-balance. Apart from degradation, the efficiency of the blue OLEDs is also the lowest amongst all OLEDs.

Another major disadvantage of OLED is water sensitivity. The organic material can be very easily damaged by the ingress of oxygen or moisture. Hence, it is very important to provide extra encapsulation layers for device protection.

On average, the OLED panels require 40% less power than an LCD, however, for images with white background, the OLED can consume as much as three times more power as compared to an LCD panel. This leads to reduced battery life in consumer devices when viewing pages or images with a white background. Research efforts are now being dedicated to the creation of a white OLED.

As the AMOLEDs are getting traction in the smartphone market, various manufacturers are emerging on the scene. However, amongst all the AMOLED manufacturers, Samsung Display holds the lion’s share.

Samsung is currently the biggest and most reputed brand in the Android phones market and to keep abreast of that status, Samsung constantly needs to innovate and improve its product line. The constant innovation in display technology is part of the same effort.

According to the market data, Samsung produced a staggering 160 million units of AMOLED displays in 2018 which makes the company’s market share 93%. Samsung display is constantly expanding its sales and operations in major IT markets and is right now pitching the 5G integrated AMOLED solutions to the IT giants and OEMs.

The AMOLED displays have already been a great success so far and are being increasingly integrated into premium models of Apple, Samsung, Huawei and various other Chinese manufacturers.

The latest and top-of-the-line AMOLED panels from Samsung Display are known as Dynamic AMOLED. These panels boast a deep contrast ratio of 2,000,000:1. These displays provide a clear and crisp view in the bright sunlight, exhibit perfect color reproduction for HD content, include HDR10+ for enhanced color accuracy and reduced blue light for eye comfort. These innovations are the primary reason for Samsung’s status as the market leader in the AMOLED display niche.

OLEDs are the future of electronic display technology and offer many advantages over the LCD displays. However, this technology is still in its nascence and requires further development. The high price point and shorter lifespan are the main bottlenecks in the widespread adoption of OLEDs. However, features like low power consumption, flexibility, high contrasts, wider color range and viewing angles, making it a promising technology for the consumer electronics market.