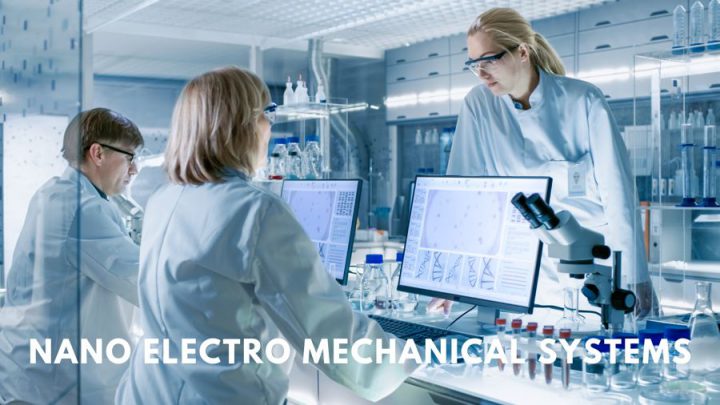 What is Nano Electro-Mechanical Systems

Nano Electro-Mechanical systems (NEMSs) have dimensions of a few nanometers. By using nanoscale effects, these systems show interesting and exceptional characteristics that differ significantly from micro electro mechanical systems (MEMSs). The remarkable properties of these machines basically begin from the behavior of active segments i.e. cantilevers or double clamped beams in nanometer-scale [1].

NEMS consist of mechanical elements, mechanical actuators, sensors, nano-pumps and nano-motors. NEMS is able to transform into operability directly at very low power because of the influential combination of its features. Also, it has the ability to produce functional non-linearity with relatively modest forces.

The working range of frequencies for NEMS are in the microwave range, mass sensitivity at the stage of individual molecules, masses in the femtogram range, force sensitivity at the attonewton level, heat capacity at below a ‘yocto calorie’ [2].

The fabrication methods of NEMS can be classified into two approaches

Studies show that usually nanodevices are fabricated by “hybrid” approaches i.e. a mixture of bottom-up (self assembly) and top-down (lithographic) approaches [3].

There are three basic steps in manufacturing of a NEMS. These are as follows

NEMS can deposit thin films of the material of thickness roughly between 1nm to 100nm. Two types of deposition methods are as follows:

Figure 1: Working of a Deposition Process

Lithography is generally the transmission of a prototype into a photosensitive substance by careful exposure to a radiation source i.e. light. When light falls on the photosensitive material, its physical properties gets changed. By giving a mask to the basic substrate, the exposed section can then be detached or removed. The alignments and exposures are the additional stages in the process of lithography [6].  Different types of lithography processes are as follows:

The two basic types of etching processes are 1. Wet etching  2. Dry etching. The main difference between them is that when material se immersed in a chemical solution it will dissolve in case of wet etching and in dry etching the material will dissolve by using vapor phase etchant or reactive ions [10].

Nano Electro Mechanical Systems (NEMS) comprises of significant structural elements of about the size of 100 nm or less. This differentiates them from Micro Electro Mechanical Systems (MEMS) as the size of the structural elements is in the range of micrometer scale. If compared with MEMS, NEMS merge small masses with greater surface area to volume ratio and hence the most appealing and attractive applications are available in the market, all because of this technology i.e. high-frequency resonators and ultra-sensitive sensors [18].

A lot of research is still going on Nano-Electro Mechanical Systems. This technology helped a lot in maintaining nearly all sophisticated mechanism that we know up till now. Researchers are now more focusing on the study of Quantum-nano electro mechanics, Electronics and mechanics on the nanometer scale and Superconducting NEM devices.