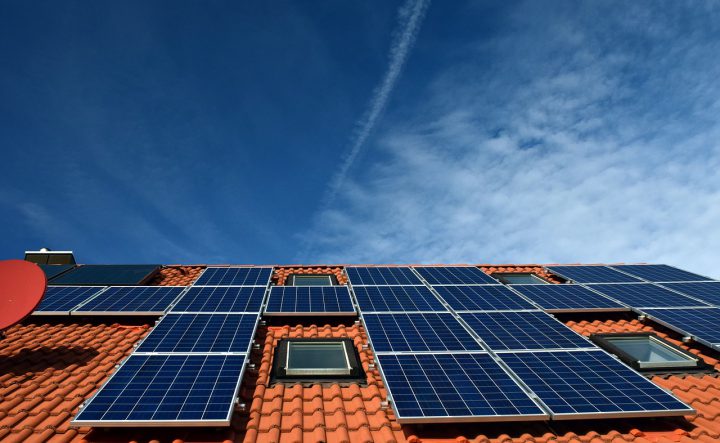 In this article, we will analyze the construction and working of different types of residential solar systems in detail. We will also compare the efficiency and cost of off-grid solar systems with that of grid-tied and hybrid systems.

The first industrial revolution kicked off at the start of 18th century when steam engines and other mechanical powered systems were invented. These mechanical power sources, without a doubt, provided an excellent starting point for the industrial and technological revolution. However, these machines were noisy, inefficient, required high maintenance, and caused pollution.

Then with the discovery and utilization of electrical power during the mid-1800s, the era of 2nd industrial revolution started. The electric power generators, alternators and motors were the main workhorses of this industrial age. The electric-powered machines were more efficient, silent, and clean as compared to their mechanical counterparts. These machines also faced comparatively less wear and tear, and their carbon footprint was also significantly less. Although the machines and devices on the load side were running on clean electric power and had very low emission rates, the power generation process itself was far from being eco-friendly.

Right from the times of 2nd industrial revolution to this very date, the primary mode of electric power generation in the world has mainly been based on the burning of fossil fuels. The external and internal combustion engines which drive the turbines burn coal, diesel or gas for power generation. The extensive use of these fossil fuels has contributed largely to the global warming and other ecological disasters. These ecological and environmental challenges have forced governments and researchers to find alternative energy resources. The recent advancements in the area of renewable energy sources are very promising and have the potential of meeting the global energy needs through green energy.

Solar energy is perhaps the most promising technology amongst the renewable energy sources. The sheer abundance of the sun energy and the availability of the associated technology are the biggest plus points of this technology. In the past few decades, solar energy technology has advanced rapidly and the pace of its adoption has been very impressive. The dropping prices of the solar panels and inverters have allowed the residential users to install their own solar generation setups. In many countries, residential users are using solar energy as their primary source of electric power and are selling back the power to the utility companies as well. This phenomenon has created the concept and business model of decentralized energy markets and has elevated the status of residential users to the stakeholders in the power system.

There are different configurations in which a residential solar system can be installed and operated. The three main classifications of the home solar systems are:

The hybrid solar system is a cross between the grid-tied and off-grid solar systems and combines the best features of both the systems. These systems are tied to the grid like grid-tied systems and also consist of batteries like off-grid systems. The hybrid system is the most efficient and practical system amongst the three solar systems. On cloudy days, when sufficient solar energy is not available, the consumer can take energy from the utility grid. The consumer also has the provision of exporting energy to the utility grid and earning tariff or credit points.

The hybrid solar system is also less expensive as compared to the off-grid system because the batteries can be downsized due to the availability of grid power. This type of system also doesn’t need any backup generator in case of emergency due to the connection with the utility grid.

Construction and working of an off grid solar system

The key components in an off-grid solar system are listed as following:


Multiple solar cells are linked together in a solar system to form a PV solar array. The efficiency of a given solar panel depends on many factors such as solar irradiance, orientation, tilt angle, ambient temperature and dust depositing. Solar panels have a long service life and need very less maintenance however the deposited dust must be cleaned off regularly in order to maintain the panel efficiency. For maximum efficiency gains, the orientation and the tilt angle of the panel must be aligned properly with the sun.

The current PV solar cell technology is dominantly based on Silicon crystals. There are two main types of Silicon-based solar cells which are monocrystalline and polycrystalline.  The monocrystalline cells despite being the old technology have the highest efficiencies and power outputs. As the name suggests, these types of cells are fabricated from a single crystal of Silicon.

There are two main types of charge controllers which are:

The solar PV panels convert the sunlight into DC electric power. The storage batteries in the system also store electric power in DC format and output it when needed. However, all the conventional appliances in the households work on AC power. Hence, it is necessary to convert the DC power into AC power. The solar inverter is a power electronic device which converts the variable level DC voltage into grid-level AC voltage with constant line frequency. The inverter is an essential part of any type of solar power system. The converters used for on-grid, off-grid, and hybrid systems are slightly different from each other in terms of functionality. The grid-tied inverters shut off automatically in case of a power blackout and do not provide any backup functionality. The smart hybrid inverters are very sophisticated systems which manage the PV array, battery bank, and utility power simultaneously. The off-grid inverters are the simplest type of inverters which do not have the capacity to connect with the utility grid.