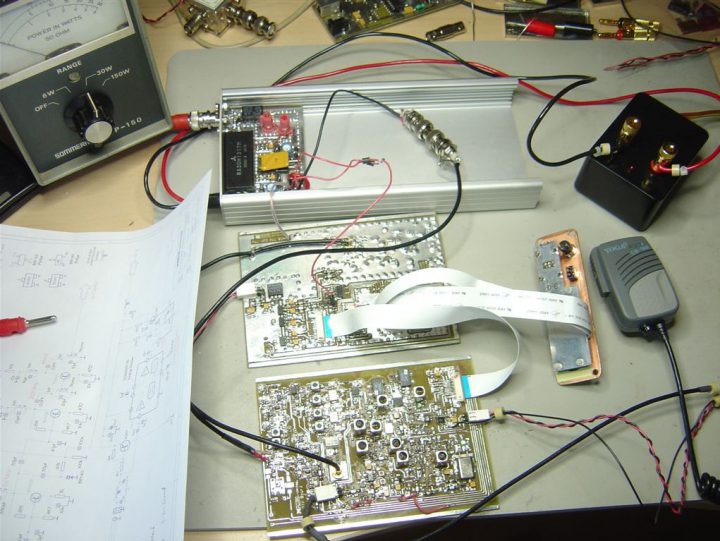 Since the current trend is to go wireless, there is an Rf circuitry crammed into each one of those wireless devices.  Rf PCB design is a very complex and tricky concept and it takes a lot of fundamental radio frequency knowledge to design a PCB layout for an Rf circuit, since there are lot more constraints and challenges that a layout designer faces, in comparison to an analog/digital PCB layout design.

The purpose of this tutorial is to put down a few guidelines for Radio Frequency (Rf) PCB layout design.

Rf circuits operate in the region of 500MHz to a few Gigahertz band.

Rf signals consists of a single frequency, or a band of frequencies, modulated on a very high frequency carrier.  The energy contained in an Rf current can radiate off the conductor into space and this is called electromagnetic waves.  The Rf current tends to be concentrated on the surface of the conductor and does not penetrate very deep.  This is called the skin effect.

The fundamental building blocks of any Rf circuit are – Amplifier, frequency converter and filters.

A signal’s wavelength is equal to the physical distance it will traverse in a timespan of one period.  Any track on a PCB is to be considered electrically long if its length is greater than or equal to 1/4th its wavelength.  In such a condition, the track’s characteristic impedance has to be matched to the load impedance in order to avoid reflections.  That is, to ensure maximum power transfer, the source impedance and load impedance should be matched.  A matching network is used to transform any impedance to the characteristic impedance of the rf trace.  The parameters return loss and insertion loss give an indication as to how effective the matching network is.  Return loss is defined as the ratio of the incident power to the reflected power.  Insertion loss is defined as the fraction of power lost by the circuit before it reaches the next stage.  In an ideal matching circuit, there would be zero return loss and infinite insertion loss.  The critical length of any signal line is the length where the time taken by the signal to propagate to the load and return back, is equal to the rise time.  It is this length beyond which we need to start considering transmission line design and termination techniques.

The characteristic impedance (Zo) of a transmission line is an attribute representing the ratio of its distributed series inductance to the distributed shunt capacitance. For most applications, a characteristic impedance of 50 W is used for the rf traces.  Zo is dependent on the PCB dielectric material, thickness of the substrate, width and thickness of the trace and distance between the Rf trace and the ground plane.

Transmission lines can be of many types, but the two most preferred for rf circuits are Microstrip and Coplanar Waveguide.

The Microstrip consists of a trace separated from the ground plane by a substrate.  The characteristic impedance of a microstrip is dependent on the following parameters