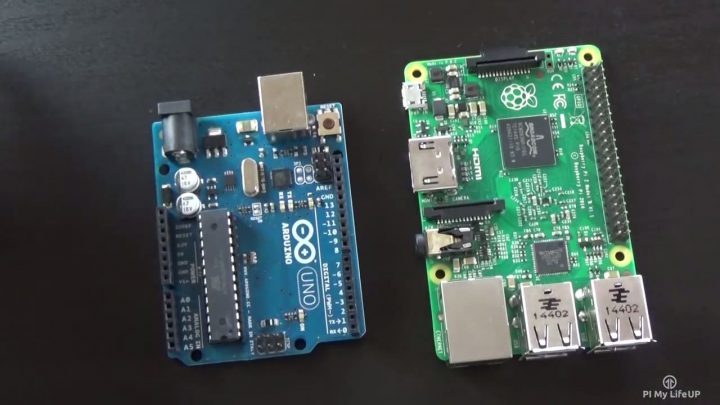 Raspberry pi and Arduino are quite different. Each board has its own advantages and disadvantages. If you want to decide between the two, then it depends on the requirement of your project.

In this article, Electronicshub website highlights about 10 differences between them. Now let’s understand these two boards in detail.

Arduino was invented by Massimo Benzi in Italy. Arduino was a simple hardware prototyping tool. While raspberry pi as invented by Eben Upton at University of Cambridge in the United Kingdom for improving the programming skills of his students.

These both teaching tools are suitable for beginners, hobbyists. The main difference between them is Arduino is microcontroller board while raspberry pi is a mini computer. Thus Arduino is just a part of raspberry pi.Raspberry pi is good at software applications,while Arduino makes hardware projects simple.

Below table gives you some differences between them.