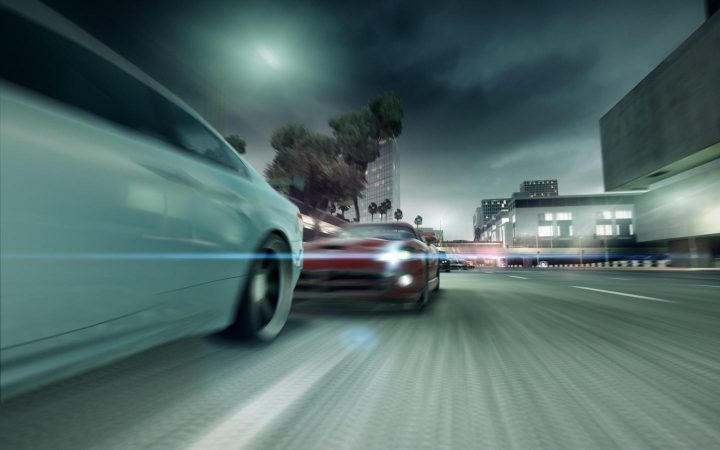 Full review of Great Linux and PC Games on Odroid

Some time ago, I wrote an article about ExaGear and how to set up different x86 applications on your ARM system like Skype or TeamViewer. This time, I want to talk about the new ExaGear Desktop 2.0 and how you can use it to play some nice Windows and Linux games on your ODROID-XU3/ XU4 at a decent speed.

For those who still don’t know about ExaGear, it’s a software package that allows you to run x86 programs on your ARM hardware. It’s a lot faster than using QEMU or emulation in general and therefore has some interesting use cases. The new version 2.0 is aimed towards gaming and is a lot faster than earlier versions.

ExaGear has a new optimized version of Wine (based on Wine 2.0), which improves performance a lot, but doesn’t support OpenGL, at least not on ODROIDs, but more on that later. The overall performance has also increased. So even without OpenGL support working, I thought it would be really interesting to try getting some games to work and see how they perform. Since CPU power is important for this scenario, I used my ODROID-XU3 for best performance and tried adjusting everything that I could in order to get the games running.

Setting up the environment

For this experience, I used my ODROID GameStation Turbo image for the XU3/XU4, which is based on Debian Jessie, and installed a Debian Jessie Guest environment for ExaGear.

It should also work with Ubuntu, but I’ll concentrate on Debian Jessie and will give some hints in case you use Ubuntu instead. I also assume that you already set up the ExaGear environment, and therefore will start right away telling you how to set up your games. For a step-by-step guide to installing ExaGear, please refer to the this guide. I used a lot of CD images, rather than connecting a CD drive to the ODROID, and for this purpose, cdemu, which is a virtual CD drive for mounting CD images, came in very handy. The cdemu package is preinstalled on my ODROID GameStation Turbo image.

Normally I don’t do much advertisement, but I can highly recommend www.gog.com as a source for games. They provide a lot of older and indie games that may not require 3D acceleration, both for Windows and Linux.

The software is optimized for easy installation and has been patched to run on modern operating systems, which is useful for running old Windows 95 or even DOS games using Windows 7.


Their Linux software even comes with a graphical installer that allows you to easily install and setup your software. All of the software is DRM free, so a “NoCD” patches are not required, and they are easy to install on your system.

There is nothing much that needs to be prepared under Linux, and games that are supposed to run in x86 Linux should be straightforward to install. Just remember that you don’t have any 3D support, so any game that requires OpenGL won’t work. Even games that are written for OpenGL ES won’t work, but hopefully, this will change some time in the future.

I installed two games from my GoG library as native Linux applications: Gemini Rue (http://bit.ly/2qQrH3q) and Blackwell Deception (http://bit.ly/2rw0ofs). Although both games are similar, they act a little bit differently.

Gemini Rue runs perfectly fine after some configuration, while Blackwell actually requires OpenGL in some cases in order to work but let’s look into this more deeply.

Since this game is available as a native Linux game, it runs out of the box nearly perfectly in ExGear. After installing the game through the graphical installer by downloading the game and running the .sh file with the command “bash ” from the terminal, the game starts in the fullscreen mode switching to 640×480 for me, with the picture somewhat distorted.

There is a known issue on the XU3/ XU4 that if you change the resolution from within an application to a resolution that is different than the desktop resolution, your picture ends up misplaced and the part that should be all the way to the right is actually all the way to the left, and the left part is in the middle and the middle part on the right. Luckily for us, this can easily be solved either by changing the screen resolution to 640×480 before starting the game (which I don’t really like) or by just changing the configuration file of the game.

GoG installs all games in the same folder on our system, which makes it quite easy to find at /home/odroid/ GOG Games/Gemini Rue/game/acsetup.cfg. This actually seems to be the same for all games of Wadjet Eye Games (http://bit.ly/2qo37mB), which as a company seems to focus on indie adventure games, which are actually quite nice. It also makes these games rather easy to configure for us.

In this config file, we don’t need to change much. We set the window mode (windowed) from 0 to 1 and I also set the gfxfilter from StdScale2 to StdScale4. With those settings, I got a nice big window and could play the game without any issue. The game ran pretty well for me and I couldn’t find any problems with it.

After the configuration, you only need to double-click the icon on the desktop and the game will launch just fine. If you want, you can even play the game in fullscreen mode. For this, your TV or monitor needs to support 1280×800 resolution (in StdScale4), and you need to switch to that resolution manually before you start the game as well as making sure that you set “windowed” to 0 in the configuration file.