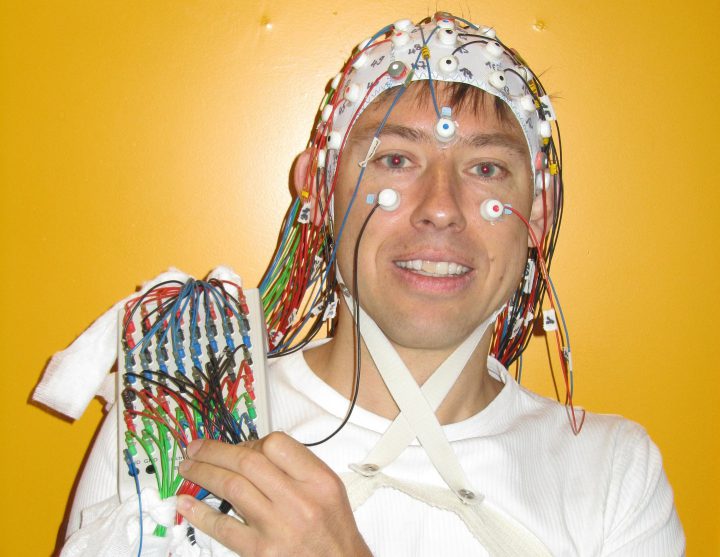 Recent progress in the field of signal processing has made it possible to use EEG signals or “brain waves” for communication and interaction between computers and humans. This has lead to the development of a number of brain-controlled devices and applications that directly take input from the user’s brain signals to perform a specific action.

This article takes a closer look at how these brain-controlled devices function and what is the science behind them. You will learn the following:

1.) An Introduction to EEG Signals

2.) How the EEG Signals Correspond To Our Thoughts

3.) How the EEG Signals Are Recorded and Processed

4.) How to Train a Device Using EEG Signals

So, let us get started with a brief overview of the characteristics of EEG signals.

1.) An Introduction to EEG Signals

EEG or electroencephalogram is the recording of the electrical activity originating from the brain. EEG measures the voltage fluctuations arising due to ionic current flows within the neurons of the brain. These nerve cells or neurons maintain the electrical charge of the brain, and the processing of information takes place by the “firing” or pulsing of several individual neurons. A series of such pulses leads to the generation of electric field potential, recorded by the EEG. A diagram of a neuron is provided below to further understand its structure in detail.

Most of the brain signals observed by the EEG fall in the range of 1–20 Hz in terms of frequency and the amplitude can be measured in millivolts. The EEG is typically described in the terms of rhythmic activity and transients. The transients such as spikes and sharp waves may represent seizure activity or other abnormalities.


On the other hand, the rhythmic signals generated by the brain can be divided into a set of bands based on their frequency. Rhythmic activity within each frequency band has a specific distribution over the scalp, as well as a particular biological significance.  The various frequency bands of the EEG signals are described below:

Delta: This band corresponds to a frequency of 3 Hz or lower. The delta waves have the highest amplitude and are the slowest waves. This frequency of brain waves is normal as the dominant rhythm in babies younger than one year and in stage 3 and stage 4 of sleep for adults.

Theta: The Theta band corresponds to a frequency range of 3.5 to 7.5 Hz and is classified as “slow” activity. It is normally recorded in children up to 13 years and in adults during sleep.

Alpha: Alpha waves lie in a frequency range of 7.5 to 13 Hz. They are prominent in the posterior regions of the head on each side and appear when closing the eyes and relaxing. The alpha waves disappear when the eyes are opened or when the brain is alert while thinking or calculating.

Beta: This band corresponds to a frequency range of 14Hz to 20Hz and beta activity is often termed as “fast” activity. It is generally considered a normal rhythm and is the dominant rhythm in subjects who are alert or awake.

As explained above, each frequency band of EEG signals corresponds to a specific set of activities, such as motion, thinking etc. However, they are also generated by different portions of the brain, because each region of the brain is responsible for a particular set of actions.

In the next section, we will discuss some more details regarding the human brain anatomy and how EEG signals can be mapped to the thoughts or intent of the subject.

2.) How the EEG Signals Correspond To Our Thoughts