Development Board for the STM32F042 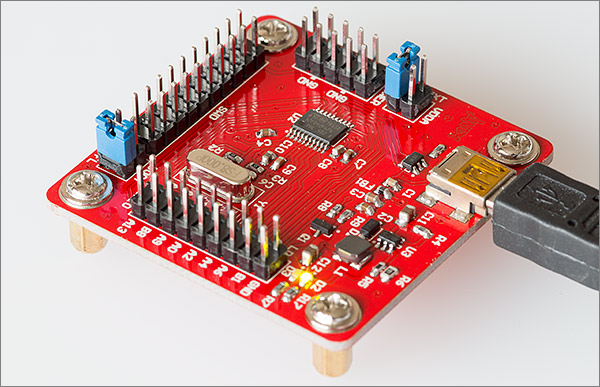 It’s been a while since I posted a new article, a delay at least partly due to me herniating a disc in my neck which left me completely unable to look downwards for any length of time and as you’ll know all too well you can’t work on circuit boards without peering down at them. Look after your neck and back folks, and I mean that seriously.

Well I’m back now and I’ve got a lot of ideas for articles spinning around in my head that will hopefully come to fruition over the next few months. First off the block is this one in which I’m going to present a simple development board for the STM32F042 in the easy(ish) to work with TSSOP20 package. This project came about because I’m using the STM32F042F6P6 (32Kb flash, 6Kb SRAM) in another project where I’m creating a USB device and the first thing I did is try to obtain a development board for it. I was hopeful that ST would have created one of their ‘discovery’ boards but no, there was only a ‘nucleo’ board available and that had one of the QFP packages on it. The F042 nucleo board

The nucleo board would have probably been sufficient for my needs but I do prefer to work on the actual device that’s going to be used in the real project and I had a few ideas for features that I’d include that I wish would be included in other development boards but never seem to be.