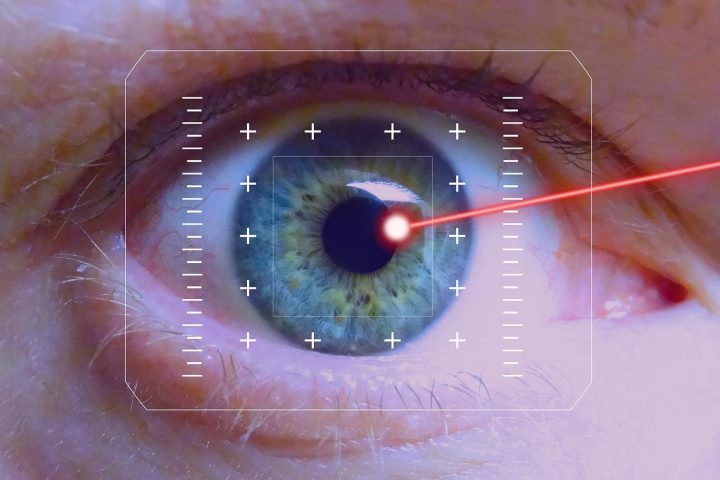 LASER is an acronym of “Light Amplification by Stimulated Emission of Radiation”. To be short is an amplified and focused beam of coherent light. While there are few kinds to chose from, most popular ones for my application would be CO2 and Fiber. But as I had access to one more exotic one I will also mention it below.

CO2 is also known as Carbon dioxide laser. And while is one of the earliest gas lasers to be developed, this technology is still widely used. My first attempt to make permanent label was at local advertising company. It is worth mentioning that most of them use cheap setups with linear guides and belt systems. It’s super simple China crap. After testing I decided that this technology is not suitable for my high tech products. Results looks outrageous. Edge is blurry and uneven, beam dot is unfocused. Looks decent only form a meter or so.

I had access to femto-second laser some time ago and did some tests. This is amazing piece of equipment. CO2 laser looked like stone age contraption. I did not considered this option to be long term solution as it costs a lot of money. And to be honest I don’t need it’s functionality. It’s scientific grade equipment, but was keen to see how it performs. Wikipedia states that “A fiber laser or fibre laser is a laser in which the active gain medium is an optical fiber doped with rare-earth elements”. Sounds fancy, but this is the best option now days for reasonable amount of money. And when coupled with galvo scanner it produces amazing results. That’s exactly what I need!

Worth mentioning that CO2 laser has one dial to adjust power. This kind of laser being pulsed has more parameters to adjust. While it might more complicated at first it has greater degree of flexibility. After some failed experiments I decided to use fiber laser to put label on my future products. It’s fast, produces clear to read label, requires no consumables and looks awesome.