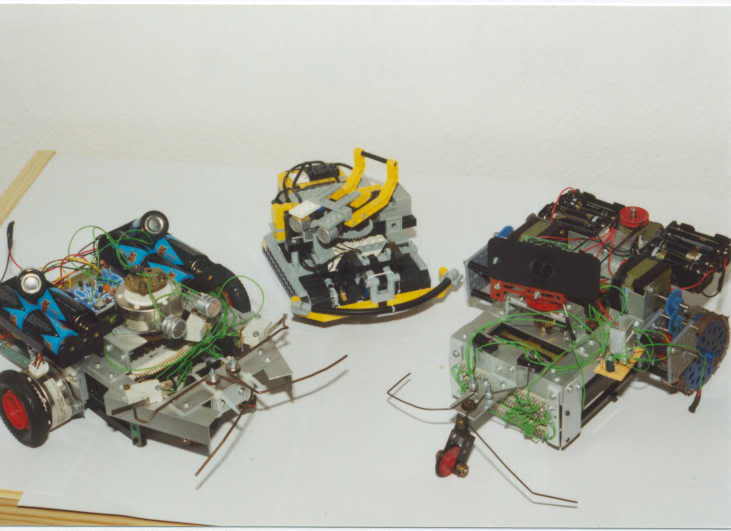 It began with the idea to mount a microcontroller upon a few motors. Now there are two robots on the base of steppermotor propulsion available. A third one, called DAVE, is driven by dc-motors and is still in the development state.


The main-goal of the project was to develop an autonomous self-driven robot, which can recognize its environment by several sensors. The first robot realize this by three steppermotors, which were used for propulsion and for the rotation of the head. The unipolar steppermotors are put directly to the axes. The turret is equipped with a common ultrasonic-sensor.


To make a step in this direction I began the DAVE-project. DAVE contains a 5×86-Mainboard, a head with a video-device which is movable in four directions. Equipped with two analogue dc-motors for propulsion an powerful drive is given to this vehicle. The speed is regulated by a pulse-width-modulation. The tank-basin contains two 2A/12V Motors and was founded by my friend Birger Stern. I want to give thanks to him for his financial and material help.