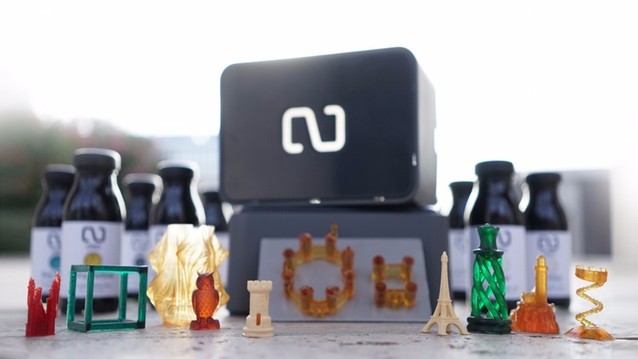 Due to a trademark dispute, the $99 smartphone 3D printer that raised $2.3m on Kickstarter is rebranded from OLO to ONO.

In a lengthy update provided to backers on Kickstarter, the explanation for the change is a trademark issue with another company:

“Part of launching a successful product is learning how to roll with the punches. We were faced with an unexpected situation and we made the decision that was best for our backers. Despite our preemptive work prior to the campaign, we were contacted by another company claiming that our name was too similar to theirs.”

Rather than waste (your) money (if you backed it) in a protracted legal battle, the makers of the ultra-low budget 3D printer decided to adopt another name. Quite literally, the company flipped a single digit — from a upright “1” to a sideways “2” — and lo, the ONO was born.

Visual differences from the original prototype is a polished top plate contrasting with the matte plastic body. And we notice that the resin build chamber is a lot taller than previously. One other new detail about the ONO smartphone 3D printer is that it’s using the audio port of the smartphone to control the movement of the Z-axis.

But what happens with smartphone that are not featuring the audio jack anymore, in favor of new kind of connectors like the USB-C?

“There has been concern that new phone models, such as the iPhone 7, may not have standard headphone jacks. This is something that we are aware of, but cannot design around until the phones or their specs come out. It’s on our radar!”