Build a pan and tilt camera with Raspberry Pi + Arduino 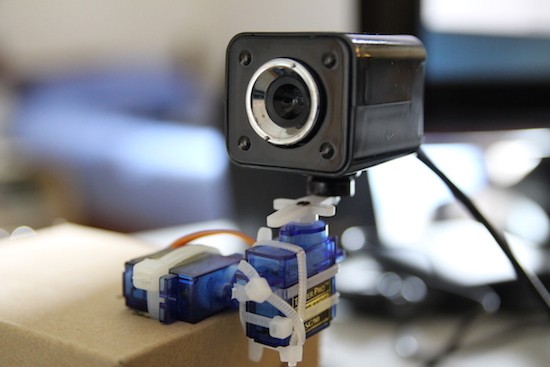 Although there are plenty of DIY surveillance cameras already out there, MakeUseOf has taken it to the next level with the ability to remotely control its view. This DIY pan and tilt camera uses a Raspberry Pi, an Arduino Uno, a pair of servos, and a USB webcam.


The Pi streams video to a webpage and adds a few buttons to move the camera. Due to the lack of the hardware PWM pins, the servos are controlled by the Arduino that is connected to the Pi. Meanwhile, a Python server handles the web interface and commands.

Sound interesting? Be sure to check out the entire build on MakeUseOf’s page here.