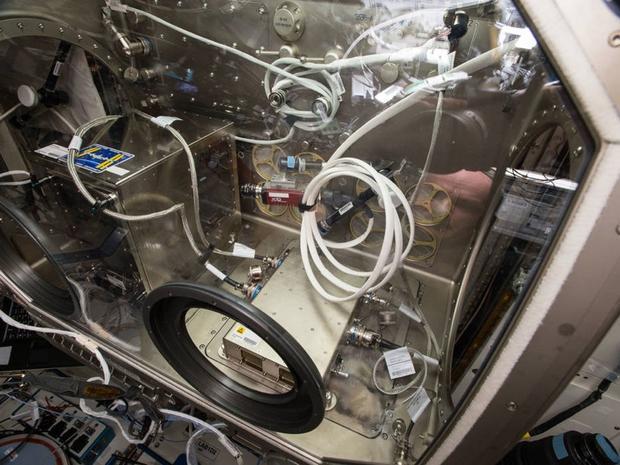 Crew members aboard the International Space Station (ISS) recently put a very interesting thing into orbit—a 3D printer. The printer, created in tandem by Lowe’s and a company called Made in Space, could be used to produce tools and items needed in case of an emergency, or just for everyday use.

The printer was installed during the week of June 27, 2016 by NASA astronaut Jeff Williams. While there are multiple types of 3D printers, the model in question prints models using plastic filament in a process called fused deposition modeling (FDM). So far, it has produced a Kobalt-branded wrench to be used for projects on the ISS.

The printer has been installed for many possible uses. Scientific research of course, but also emergency spare parts printing: a supply mission to the ISS can take months for the planning, so in case of emergency the astronauts had really few options before the printer.


When developing the printer for space travel, the first consideration was how it would be affected by gravity. However, the team found that, without the pull generated by gravity, they were able to produce certain prints more easily in space.

Secondly, the printer had to be designed for the enclosed environment of the ISS. This particular type of printer gives off harmful fumes that would be exacerbated by the enclosed space on the station. So, the 3D printer was also designed to capture and filter out those fumes, cleaning the air in the process.

When something is shipped to space, it has to be reviewed and examined before making the journey. With 3D printing, though, NASA will have to approve the items without actually seeing them, since they will be printed on board the ISS. However, NASA does currently approve and send the plans for what can be printed on the 3D printer.The samples produced by the printer will be sent back to earth for further examination and study.NASA has released its own open source files for 3D printing that you can download here.