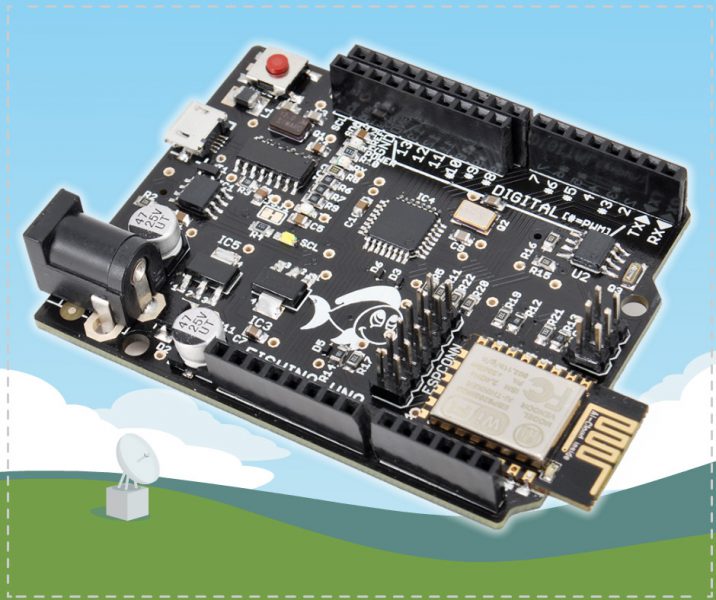 The Fishino version of the powerful and popular board, Arduino MEGA: a revised  hardware with a different power section.

In this article we will present Fishino MEGA. It is a board that is compatible with Arduino Mega. In its hardware we implemented a significant innovation: the possibility to have it battery powered.

The “highlight” of this new board is the power source section, that required a long development time and that also brought to the creation of a distinct multi-usage power supply.  For a detailed description of the SEPIC converter that has been used, please refer to the said article, while here we will limit ourselves to making a brief description and to analyzing the surrounding circuitry in detail. The two voltages that are usually higher, that is to say VUSB and VIN (in truth we may apply a lesser voltage to the PWRIN connector, and up to 3.2 volts, even though it is inadvisable since it implicates a loss in efficiency), pass through the two Schottky power diodes, D6 and D7, while the “lower” voltage, for efficiency reasons, is directed towards the MOSFET having a P channel signed as Q2.

Now, if we connect the microUSB connector, the VUSB voltage (5 volts) will directly polarize the D6 diode and reach the converter, while the diode that is internal to the MOSFET is found with a voltage of 4 volts at the anode and a 5 volts one at the cathode: therefore it turns out to be inversely polarized, interdicting itself.

If, finally, we also power the PWRIN input with a voltage that is greater than 5 volts – for example 15 volts – the D7 diode will turn out to be directly polarized, thus bringing the VIN voltage to the converter, while the D6 diodes and the one that is internal to the MOSFET will be inversely polarized, thus interdicting themselves.

We therefore reached the intended purpose, that is to say a totally automatic commutation of the power source.

Let’s return now to the MOSFET that is inserted on the LiPo connector’s positive line; apparently it is an unnecessary component, since its internal diode is enough to achieve the commutation; unfortunately the diodes (even the Schottky ones) have a voltage fall at their ends that – no matter how small – causes voltage losses that turn out to be significant with high currents. 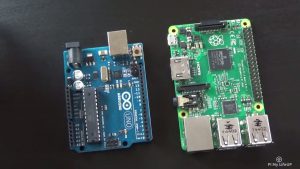 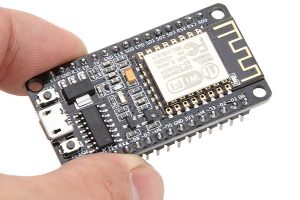 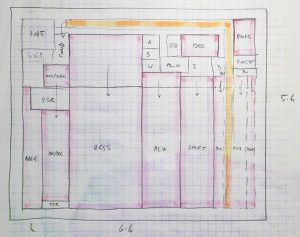 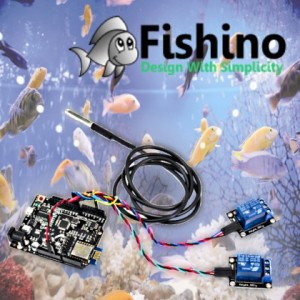 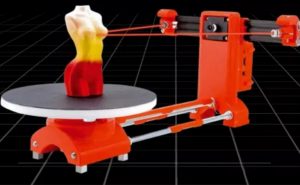 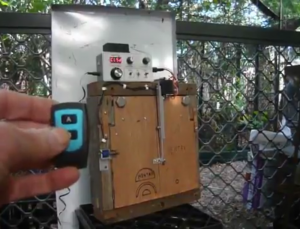 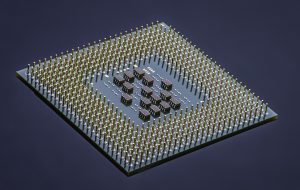 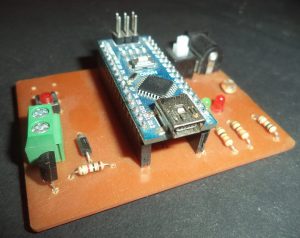 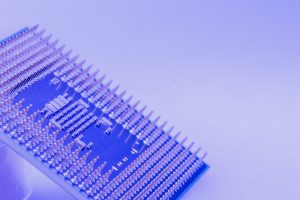