The First 3D Printing Facility in Space Is Open for Business! 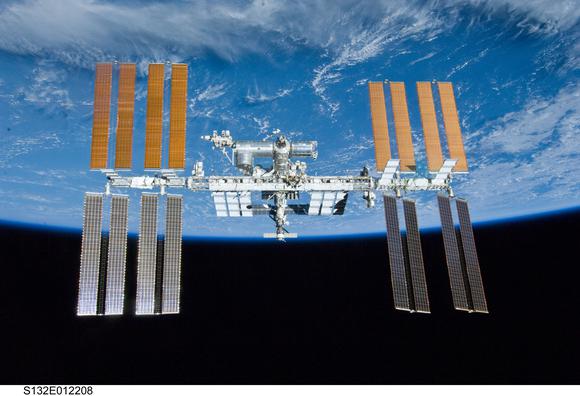 If you’re ever zooming around in space and find yourself in need of a 3D printer, just stop by the International Space Station. On March 26, the ISS became equipped with a permanent 3D printer, supplied by privately held Made In Space and partner Lowe’s (NYSE:LOW) Innovation Labs, the innovative hub of the home retailer. The 3D printer was among cargo delivered to the orbiting lab as part of Orbital ATK’s fifth commercial resupply mission for NASA, and it’s available for use by NASA and others for a fee.

The AMF is an extrusion-based 3D printer that has a build envelope of 14 cm (w) x 10 cm (d) x 10 cm (h) — equivalent to about 5.5 x 3.9 x 3.9 inches. In addition to having a larger print volume than its predecessor, it also has expanded materials capabilities. Initially, it will print in more than 30 polymers, including ABS (which is the plastic from which Legos are made), HDPE, and PEI/PC, but it’s designed to print with other materials as they become approved for ISS operations. The printer’s resolution capabilities are in the 0.1-to-0.44-millimeter range, depending upon material.


The 3D printer can be operated locally and remotely, including from Earth. This remote operability feature opens up the AMF for commercial use, as it allows Made In Space personnel and customers on Earth to upload designs to be 3D-printed. It also provides backup support to those operating the AMF locally.

Popular prices? Nay, of course! But it is so cool to have a 3d printed object from outer space!

NASA and other customers will pay Made In Space to use the AMF. The cost will generally range from $6,000 to $30,000 for one print job, Made In Space’s head of product strategy, Spencer Pitman, told Tech Crunch, though there are discounts for education initiatives. Pitman said that the company already has orders from more than 20 customers, including for medical research components, parts for satellites and other spacecraft, and parts for school projects, according to Tech Crunch.

Anyway, NASA’s target is clear. Roughly 30% of spare parts on the ISS can be 3d-printed, and NASA spent so far around $1.2 billion to send “traditional” spare parts. Then, NASA is studying also the 3D printing for the Mars project. There, it would be impossible to send spare parts from Earth!