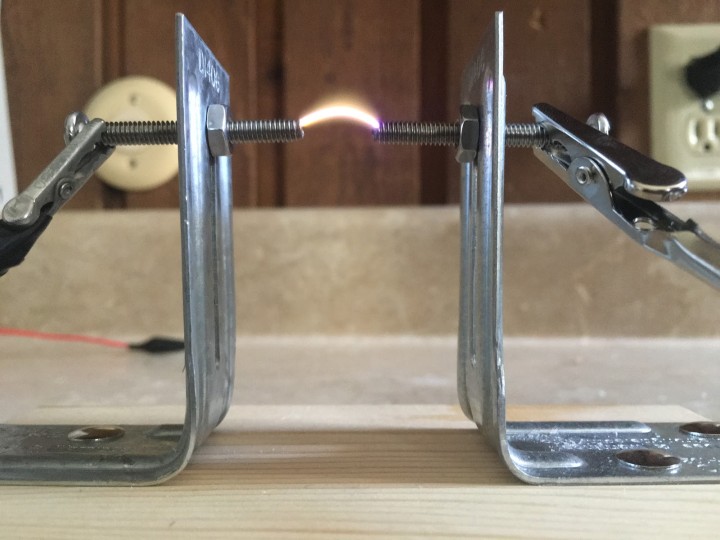 Apparently, when Hughes showed this to members of the Royal Society, the scientists thought it was merely the result of induction. They did not realize that Hughes had accidentally discovered the electromagnetic waves that Maxwell and Faraday had predicted. Hughes never published his findings.

In the 1880s, physicist Heinrich Hertz was trying to confirm the existence of Maxwell’s electromagnetic waves. After observing induced sparking in a Riess spiral, Hertz concluded that this phenomenon could be used to detect the waves. He set up a spark gap transmitter, and a receiver (which consisted of wire loop with a small spark gap). Hertz thought that if the spark gap transmitter created electromagnetic waves, the wire loop antenna would pick it up, and he would see a small spark at the gap in the antenna. Hertz would look at that gap in a dark room with a magnifying glass to see if any sparks appeared.


Around the same time, a scientist named Oliver Lodge was investigating some issues with lightning rods. To simulate lightning, he was using two Leyden jars to create high voltage sparks. He had two wires connected to the gap (as shown in the figure below) with multiple spark gaps between them. He observed that when the Leyden jars discharged, sparks appeared at all the spark gaps simultaneously. He also noticed that sparks at certain locations were more intense than others. In a darkened room, he could clearly see a visible glow between the wires at one-half wavelength intervals. When Lodge saw this pattern, he knew that he had discovered the electromagnetic waves predicted by Maxwell.

Hertz also saw the spark he was hoping to see. Through the experiments of Lodge and Hertz, the existence of Maxwell’s elusive electromagnetic waves was finally confirmed.