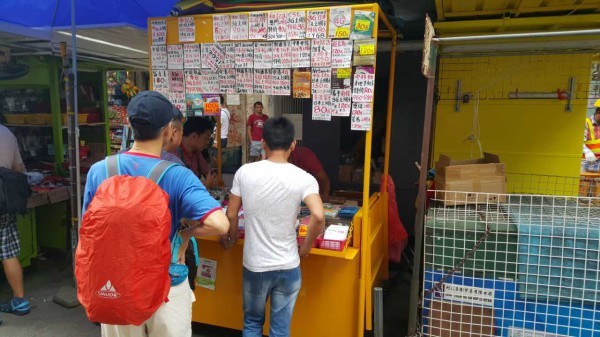 I’ve been skeptical of the cross border SIM cards because China Mobile 3G and 4G doesn’t work with many phones from outside China. Recently I reread an article posted in the Shenzhen_Hacker_Bei WeChat group and was surprised to see that my Samsung S6 dual SIM phone supports the China bands (TDD-LTE on bands 38, 39 and 40). Today I’m in Hong Kong today with no other mission, so let’s go to Aplui street market and try them all. Sham Shui Po, exit C2. Walk forward one block to the phone card booths. 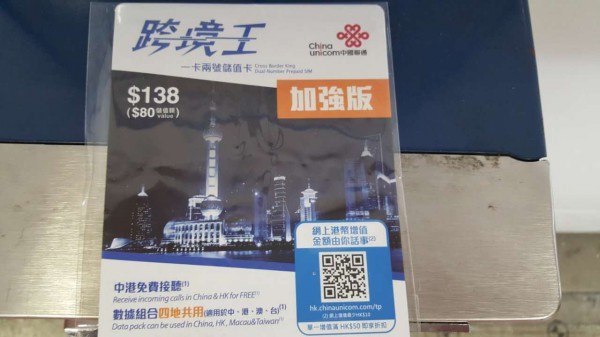 The China Unicom SIM works with common international standard 3G frequencies in Hong Kong and China. This will work in most phones. Unicom doesn’t own their infrastructure in Hong Kong though, so coverage is smaller and data slower.

China Mobile SIM works on odd-ball Chinese 4G frequencies that are only supported on the latest iPhone 6 and Samsung S6 phones. A typical international phone will be stuck with Edge network in Hong Kong and China. However, if you can support the frequencies China Mobile owns all their own infrastructure so it is generally faster and cheaper. 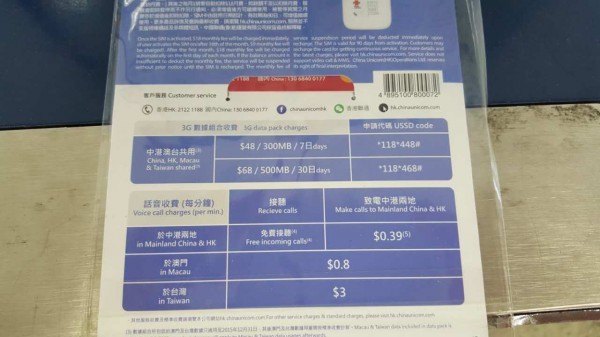 China Unicom does H+ in Hong Kong. It does appear to roam and you get an SMS warning to turn roaming on.  China Mobile connects 4G in Hong Kong and seems much speedier than Unicom.  Mobile charges to receive calls, which seems awful American of them.  Mobile’s coverage is much better. I lost Unicom SIM data connection several times in way to Lowu/Lohu

Unicom card works in Japan for a reasonable fee. Great cause you can’t buy a sim in Japan as a foreigner. However, for Japan there are much cheaper tourist cards on Taobao from other China suppliers.

Border crossing was great. Even with a dual sim S6 I normally have to poke 6 or 7 times to swap SIMs and data speed. The cross border SIM worked seamlessly.

My feeling is if you’re here for a week or so then Unicom is the best bet as it works with most phones on 3G. If you have a brand new iPhone or the dual sim S6, then mobile offers better options, especially for long term business trips in excess of a month. Both can be recharged online, but Unicom can also be charged at shops in China. 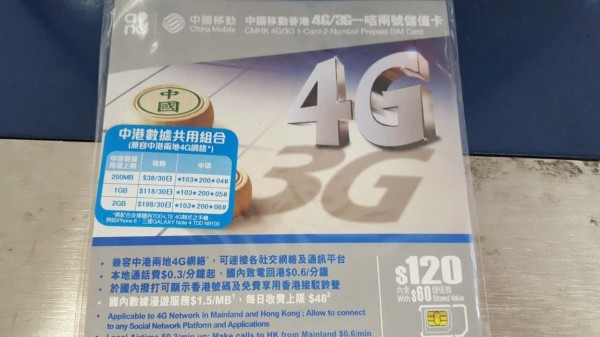 China Mobile is 4G+ in China. Shows as roaming.  Its super fast and I can confirm that nothing is blocked. Unicom sim took a minute to get going but it shows H+ still roaming. Again, nothing blocked and quite fast. I think Mobile has the edge though. They own 100% of the wireless and fiber infrastructure. 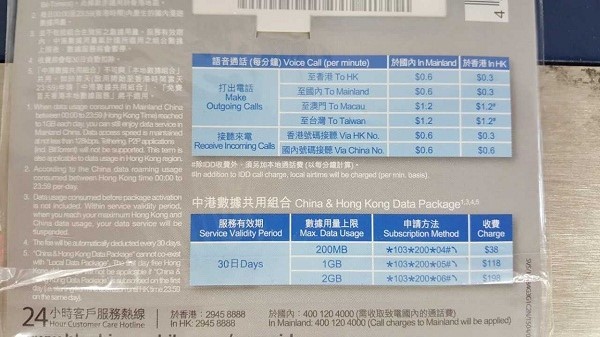 My plan is to keep the China mobile card and use it for data in China and Hong Kong. It is cheaper and all around better than dealing with separate cards.