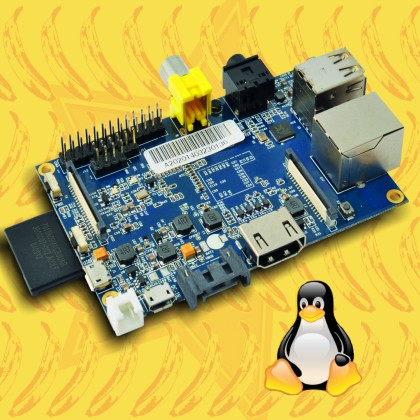 The 2015 seems not a lucky year for embedded computing or microcontroller based boards. After Arduino CC vs. ORG dispute, a similar case is affecting BananaPi producers (Foxconn) and Lemaker company, as reported on the official BananaPi website:

According to Lemaker team’s Malicious acts of trademark registration, We have formally challenged by the relevant legal process and called for the repeal.
At the same time formally announce that Lemaker team has no any relevant to Banana PI projects. All their product development and service, If they declared relevant to our site, we will reserve the right to relevant laws.
In August, 2015, The Banana PI project founder-Foxconn Technology groups have signed an agreement with FUChuang Open Source Software Cultural Development and Promotion Foundation(Abbreviation:  Fuchuang OSS Foundation), we will entrust Fuchuang OSS Foundation to do promotion. In the same period, Fuchuang OSS Foundation assisted Taiwan Aletheia University International volunteer team Raised 200 sets Banana Pi to build the IT Classroom in Neimeng area, China and also authorized OSS Integral Institute Co., Ltd.
to sell the Banana PI in Taiwan


The Story about BananaPi  for Neimeng IT Classroom , you can read more from this link.

About the News and service related to Banana PI Project, we will re-organize and release, please keep focus on our project.