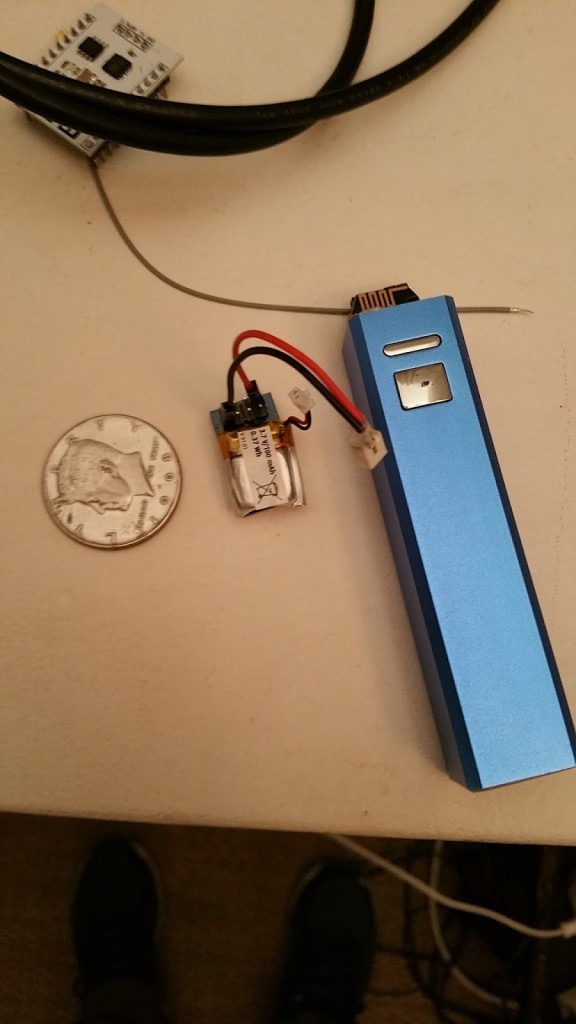 Iotests.blogspot.fr build a throwie based on ESP8266 WiFi module and a mini drone battery, he writes:

A few months ago, Andreas presented a nice version of the “throwie” (a LED packed with a small battery that you can throw & see shining for hours) using an ESP8266 instead of a LED : a “wifi throwie”.


He could not make it work with button cell batteries (the ESP8266 draws too much current) so he ended using a 3.7 LIPO battery, which is quite bulky as you can see on the following post : http://hackaday.com/2015/05/03/esp8266-wifi-throwies/

What if you could use instead a cheap mini drone battery you can find for half a euro on eBay ?
Bingo !