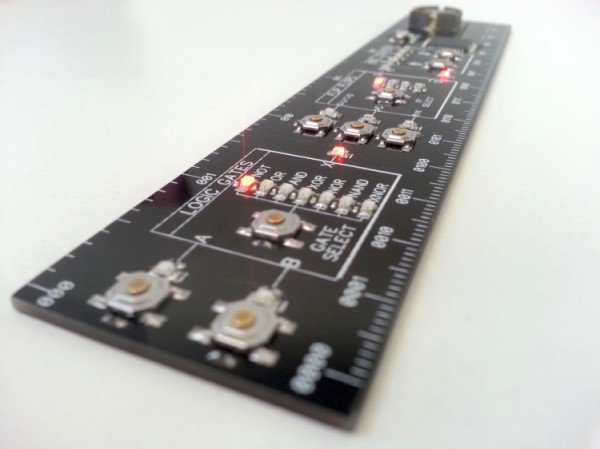 Brad has designed a cool binary PCB ruler, The DigiRule:

So I made the DigiRule! – The DigiRule is a 15cm (6″) ruler with which is marked in binary digits rather than decimal. It has a number of built in digital functions including:

It is powered by a single 3V CR1220 button battery and the brains of the unit is a PIC 18F43K20 microcontroller (which is a greatly over powered device for such a simple task – but they are cheap!) The functions listed above are controlled by nine surface mount push buttons and has twenty three surface mount LED’s to show the status of the inputs and outputs.