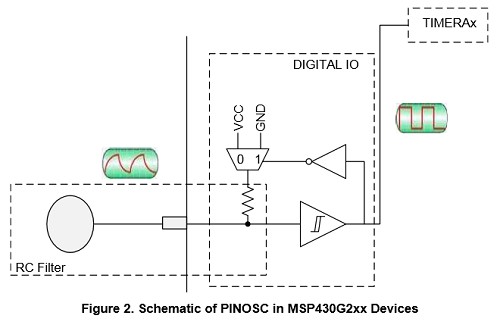 This application report  discusseshow to design a simple and ultra low-power grip detector Booster Pack for the MSP430 LaunchPad. The PINOSC feature in every msp430G2xx2 and msp430G2xx3 device makes it possible to eliminate all the external components when implementing a capacitive touch design. All the components used in the grip detector, such as capacitive sensors, LEDs are all integrated in a BoosterPack, which is completely compatible with the MSP430 LaunchPad interface. And this grip detector canalso communicate with the TouchPro graphical user interface (GUI) to make the test and debug process much faster and easier. Measurement results show that the average current consumed by this grip detector working in idle mode is nearly 1μA, which proves that the MSP430 value line series of devices have excellent low-power characteristics and are suitable for battery powered applications.