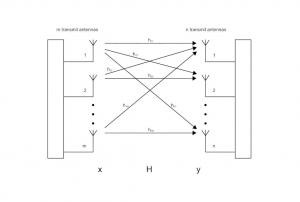 
Modern communications networks use MIMO technology to achieve high data rates. As a special MIMO technique, beamforming also permits targeted illumination of specific areas, making it possible to improve transmission to users at the far reaches of cell coverage. Like other communications standards such as WLAN and WiMAXTM, LTE also defines beamforming. Beamforming is particularly important for the time division duplex (TDD) mode in LTE. This white paper describes the available ten downlink and two uplink transmission modes ™ in LTE as specified in 3GPP Release 12, as well as how beamforming is used in LTE.

This paper discusses the MIMO concepts only to the extent that they apply to LTE transmission modes. MIMO systems are used to improve the robustness of data transmission or to increase data rates. Typically, a MIMO system consists of m transmit antennas and n receive antennas.