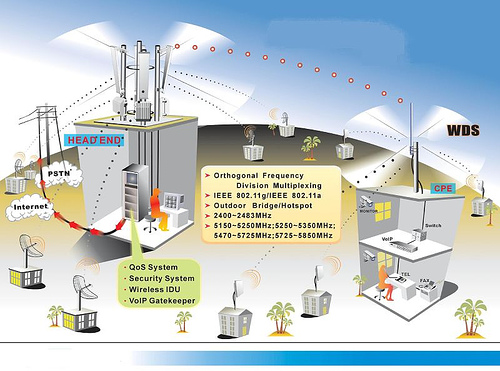 The Linux Wireless LAN Howto is an Open Source project sponsored by Hewlett Packard (through my contribution) since 1996, and built with the contribution of many Linux users all over the world.
What is a Wireless LAN ?


It’s a networking technology allowing the connection of computers without any wires and cables (apart from the mains), mostly using radio technology (and sometime infrared). It’s called LAN (Local Area Network) because the range targeted is small (within an office, a building, a store, a small campus, a house…). This technology is slowly growing (I should say maturing), and despite a general lack of interest, Linux is able to take advantage of some of the wireless networks available.