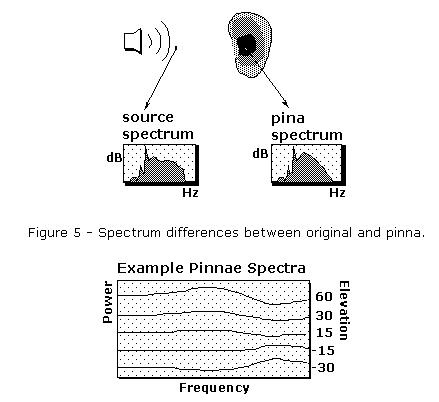 This document presents an introduction to the general concepts and performance of three-dimensional audio technology. Several audio technology categories are defined with the purpose of creating a common understanding of better-than-stereo audio playback methods.
A full-featured 3D audio system provides the ability:

To define a three-dimensional space

To do all processing it in real-time, or interactively, for example based on the users inputs in a video game (the opposite of interactive audio playback is a pre-recorded soundtrack).
Certain technologies, namely stereo extension and surround sound, offer some aspects of 3D positioning or interactivity. They are discussed here to explain what applications they are geared towards, and why they are not considered to be part of a new category of technologies, called Positional 3D Audio. This new category combines full 3D positioning and interactivity to offer a new kind of audio listening experience. A3D is the industry leading positional 3D audio technology. A comparison chart of different audio playback methods is included to help differentiate the features of each technology.

2.1 Extended Stereo
Extended stereo technologies and products process an existing stereo (two channel) soundtrack to add spaciousness and to make it appear to originate from outside the left/right speaker locations.

These products are particularly useful to restore stereo performance to low-end PC multimedia sound systems that typically contain low-quality speakers that are placed very closely together. Extended stereo effects can be achieved via various, fairly straight-forward methods. Additionally, their performance is often evaluated based on subjective criteria such as listening tests. For those reasons it is somewhat difficult to compare products in this area. Some of the differentiators include:

Size of the listening area (areain which the listener has to be placed withrespect to speakers to hear the effect, alsocalled sweet spot)
Amount of spreading of stereo images (more spreading, or user variable spreading, is better)
Amount of coloring (tonal changes)of audio content introduced by processing (no coloring is best)
Amount of stereo left/rightpanning information that is lost during processing (no panning loss is best)
Ability to achieve effect on headphones as well as speakers
Although sometimes marketed under the name “3D Sound” or “3D stereo” extended stereo technologies are not considered to be 3D audio technologies, because they only offer passive spreading of an existing soundtrack, and not interactive 3D positioning of individual sounds.

Because they are pre-recorded, surround sound soundtracks are most suitable for movies. They are non-interactive, and therefore not particularly useful in interactive software such as video games and Web Sites. Because of their limitations when it comes to interactivity, surround sound systems are not considered for the interactive 3D audio category.


Ways to evaluate the performance of a surround sound system:

Virtual Speakers
Listening comparison to a physical 5-speaker setup (accuracy of virtual to physical speaker mapping, as well as accuracy of reproduction of original soundtrack mix-down)
Amount of audio coloring (tonal changes) introduced by processing (no coloring is best)

Both Physical and Virtual Setups
Size of the listening area (area in which the listener has to be placed with respect to speakers to hear the effect, also called sweet spot)
2.3 Positional 3D Audio (A3d Interactive)

Positional 3D audio (a.k.a. interactive 3D audio) allows for interactive, on-the-fly positioning of sounds anywhere in the three-dimensional space surrounding a listener. Support for such technologies can be incorporated into software titles such as video games to create a natural, immersive, and interactive audio environment that closely approximates a real-life listening experience. This category can be described as the audio equivalent of 3D graphics. Aureal’s A3D Interactive is a positional 3D audio technology.

3D audio technologies create a more life-like listening experience by replicating the 3D audio cues that the ears hear in the real world. The following two sections, “The Basics of Acoustics” and “The Basics of Human Hearing”, explain what those listening cues are and how they can be reproduced. For maximum flexibility and usability, a 3D audio algorithm should support all possible audio playback environments: headphones, stereo speakers and multi-speaker (surround or quad) arrays. In the case of stereo speakers or headphones more demands are placed on the algorithm and less demands on the end-user, because stereo setups are most common and easy to setup. Multi-speaker arrays require less complex 3D audio rendering algorithms, but put more demands on the end-user’s playback setup (cost and setup complexity of extra amplifiers and speakers). In both cases, the desired 3D effects are controlled by software applications which position 3D sound sources and listeners via an API (Application Programming Interface) such as Microsoft’s DirectSound3D API for the Windows® platform, or the VRML 2.0 standard.

Ways to evaluate the performance of a 3D interactive sound system:

Listening tests to evaluate howwell sounds are projected in all three dimensions(left/right, up/down, front/back), and how much realism they provide
Number and quality of softwaretitles that take advantage of 3D technology
Number of concurrent 3D soundsources system provides at a given quality or sample rate
Ability to achieve effect onheadphones as well as speakers
Size of the listening area (areain which the listener has to be placed with respect to speakers to hear the effect, alsocalled sweet spot)
Amount of coloring (tonal changes)of audio content introduced by processing (no coloring is best)
Table: A Comparison of Audio Playback Methods

In terms of 3D sound processing, these two playback media offer different challenges and advantages. Headphones have the advantage of always being in a known position with respect to the listener’s ears. This means that two separate audio signals (left and right) are guaranteed to go directly into the two ears of a listener. With speakers, this is only the case if the listener is sitting in the ideal listening position, the sweet spot, and processing methods are employed to insure that the left ear does not receive any audio content from the right speaker, and vice versa (cross-talk cancellation).